Skip to Main Content
It looks like you're using Internet Explorer 11 or older. This website works best with modern browsers such as the latest versions of Chrome, Firefox, Safari, and Edge. If you continue with this browser, you may see unexpected results.

Recommended steps to help you search for information about objects in the Museum’s permanent collection. 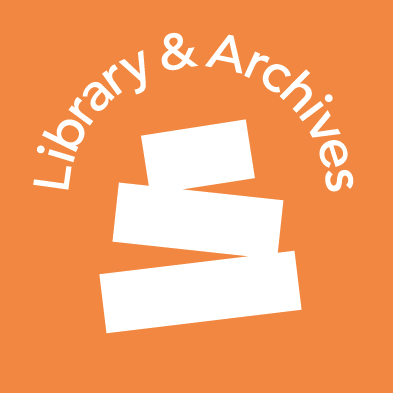 PMA Library and Archives
Email Me

Each object owned by the Philadelphia Museum of Art is assigned a unique series of numbers by the Museum Registrar.

The first four-digit number represents the year of acquisition.

The second part of the number is the object accession number for the year. There may be multiple objects within each accession. 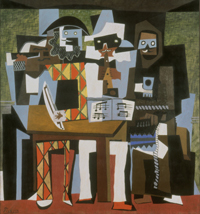 For example: the number 1952-61-96 tells us that Picasso’s Three Musicians was acquired in 1952, was part of the 61st group of objects accessioned that year, and was the 96th object within that group.

In some cases you will find a fourth part to the numbering system to designate multiple components of a single object. An example of this is the number 2011-120-2a--f, which indicates a 6 part green tea cup set (individual cups are designated a letter from a to f) that was the second object of the Museum’s 120th accession of 2011.

You can find accession numbers on museum labels that accompany works.

If you find a work of interest in PMA Online Collections, the accession number is included alongside the image: 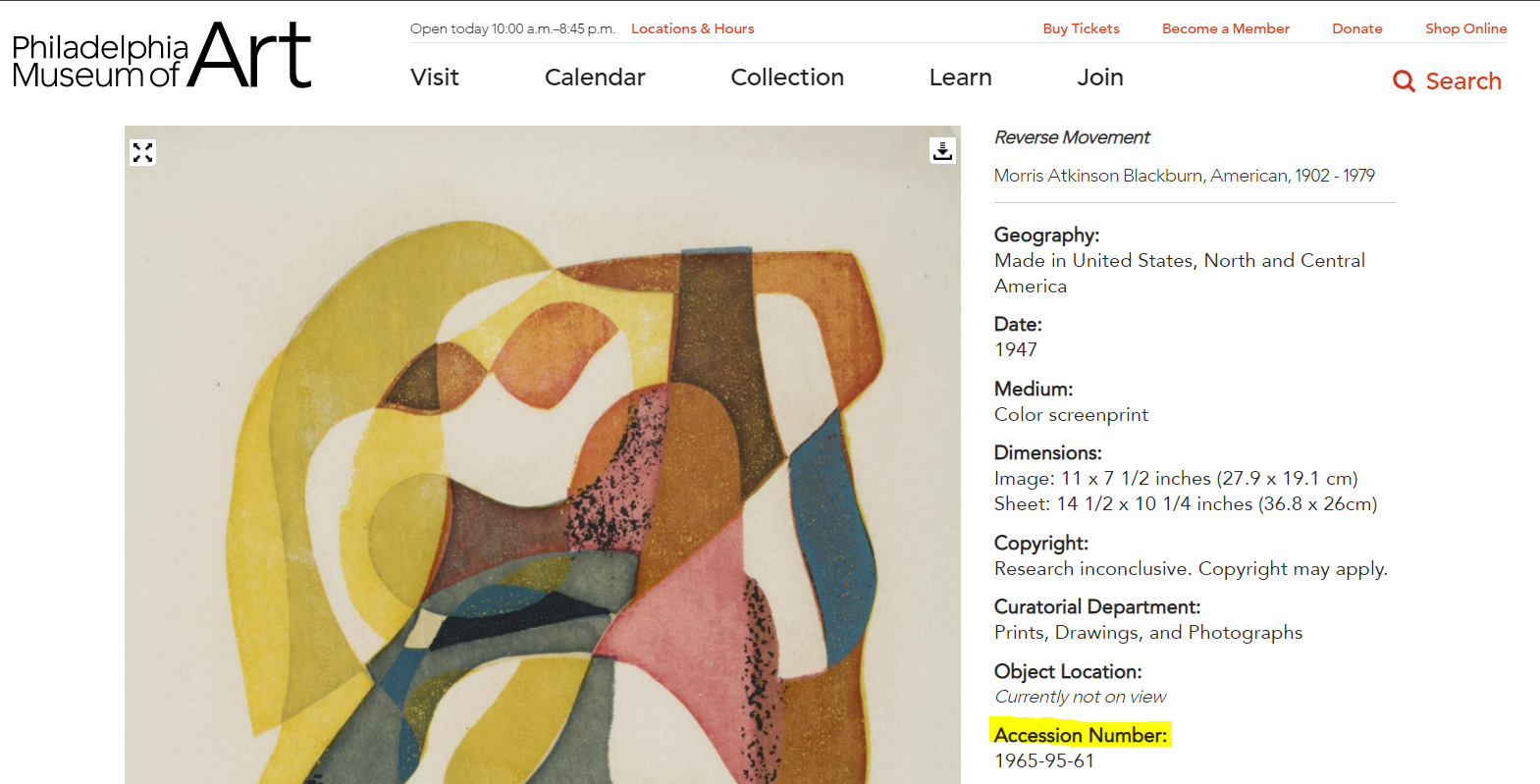